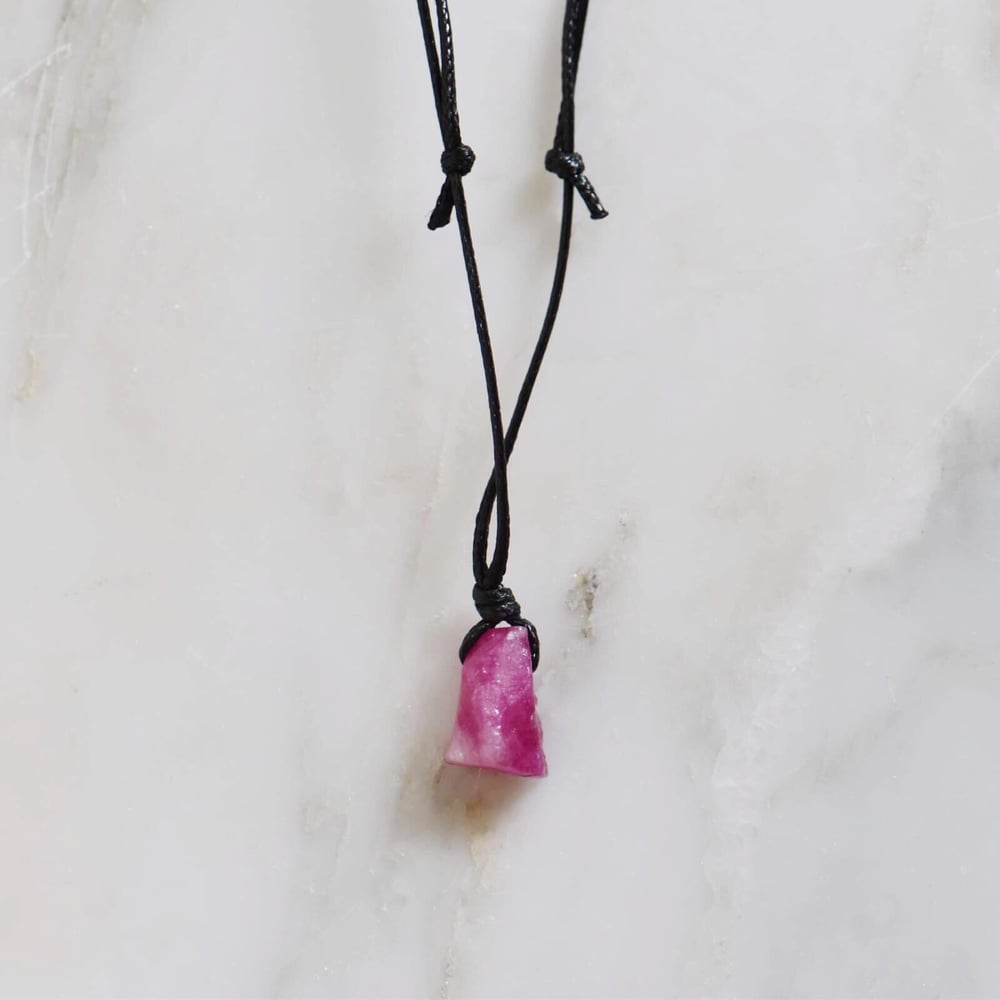 - pendant measure: 12mm x 15mm
- natural rough Ruby stone from Luc Yen, Vietnam.
BENEFITS of wearing Ruby stone:
Ruby is the symbol of Love. It is considered a boost to Earth healing. It is also a stone that may bring a sense of adventurer to the wearer. It is considered to be a leadership stone as well.
Ruby is a stone that is considered in crystal healing to be very protective of home, worldly possession, children, as well as psychic protection. It is also said to protect against unhappiness and lightning.
Ruby has been long used as a stone to increase passion and to bring and increase romantic love.
It is also said to bring integrity, devotion, and happiness to romance as well as other parts of life.
It is said to alleviate guilt, bring honesty, sensuality, and sensuality.
It is a stone of self-confidence, self-love, and increased inner power
Ruby is said to be very helpful in avoiding or reducing nightmares.